It was Jean Dubuffet who introduced Planque to Aloïse’s universe and that of Art Brut, to which the collector was in fact only partly drawn.

Interned in a psychiatric asylum, Aloïse, a schizophrenic who dreamed of becoming a singer and had an imaginary love affair with the Emperor of Prussia, William II, was particularly fond of drawing. Dr. Jacqueline Porret-Forel who became a close friend of Planque’s thanks to Dubuffet was her doctor all of Aloïse’s adult life. Although the endearing patient Planque met on a number of occasions was, in his opinion, quite impervious to the real world, lost in her delirium, he nevertheless recognized the “pure genius” of an artist whose visual and aesthetic gifts he esteemed above all else, unlike some of his friends who preferred to puzzle over the content of her images filled with disturbance and riddles. 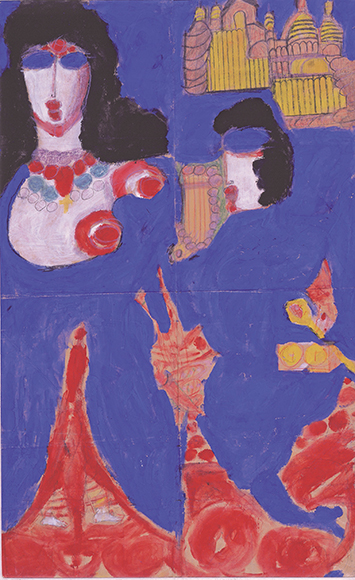