A bon vivant, self-confident and given to boasting, an amateur of women and wine, Walter Schüpfer was the exact opposite of Jean Planque, but nevertheless a capital figure in his career. It was he who introduced the future collector to the art of watercolors and, when they met in Basel in the late 1920s, who urged him to visit museums and art galleries. It was Schüpfer too who encouraged Planque to negotiate his first painting acquisitions during World War II and, last but not least, who introduced him in 1954 to the young Ernst Beyeler, who was looking for an associate in Paris. An unfaltering friendship ensued, with Planque helping his friend by buying some of his canvases and taking part in organizing an exhibition of his work at the Galerie Beyeler after his death. On returning to Basel in 1973 to help his widow tidy up his studio, Planque noted with the sincerity that caused him constantly to amend his judgments, provided they were dictated by instinct: “My astonishment was considerable. I wasn’t familiar with the works from the last years of Schüpfer’s life. Style, a personal manner, watercolors, mainly drawings! The resemblance to Tobey’s work is palpable, visible. Even Bissière, who I know Schüpfer admired. Schüpfer’s personality has gained strength, he’s made his mark. And, what’s more, his drawings, watercolors, have a direct connection with music, another proclivity and an extremely important one, a gift that Schüpfer had in abundance”. 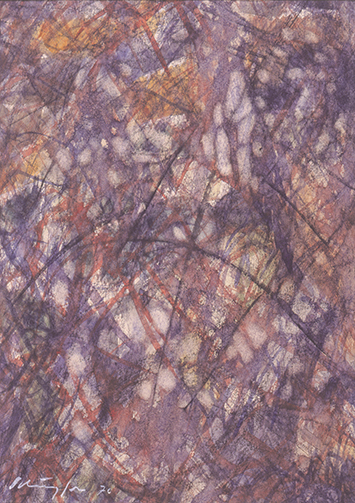