There is a legendary quality surrounding Planque’s acquisition of this Bouquet by Van Gogh. The collector was sure that something “miraculous” was going to happen in his life as a scout for artworks. In 1959 a woman with whom he had had dealings in the past asked him if he would be interested in purchasing a Van Gogh canvas. She showed Planque a poor photograph of a work she owned jointly with her brother. Planque went to see the brother and instantly recognized the painting’s power in spite of its wretched condition and the fact that it hung somewhat precariously on a toilet door. He bought it for the Galerie Beyeler but it proved to be unsellable, as it was not listed in the standard Van Gogh catalogue. Planque finally succeeded in getting it authenticated and bought it back from Ernst Beyeler. That is how he came to own the only Van Gogh he was ever able to afford, a true “miracle” in his career as a collector. 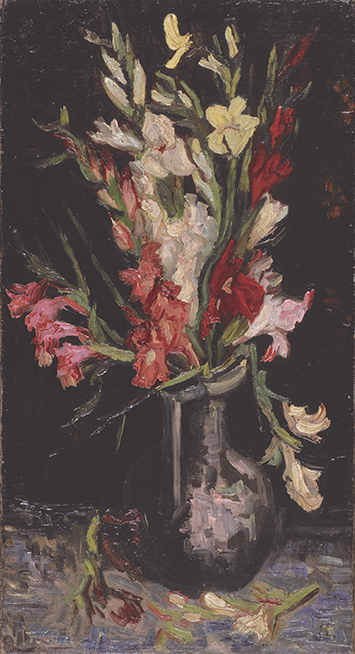