“I love Bissière’s work. It speaks to me. I recognize myself in it with no difficulty… It’s always a paean of gratitude to life, to nature” (Jean Planque, Diary, December 1973).

Bissière’s paintings had an important place in Planque’s collection, particularly the work from the artist’s so-called “savage” period: temperas of the 1950s on wood or paper mounted on a support and largely indifferent to “good” painterly manners. Planque praised their natural beauty and admired the artist’s versatile skill, which reminded him of the ability of peasants and craftsmen to perform widely different tasks. Jean-François Jaeger arranged the first of many encounters between the two men; Planque visited the artist at his home at Boissiérettes in Southwest France and was captivated by the charm of the place and the simple life the painter and his companion were leading. 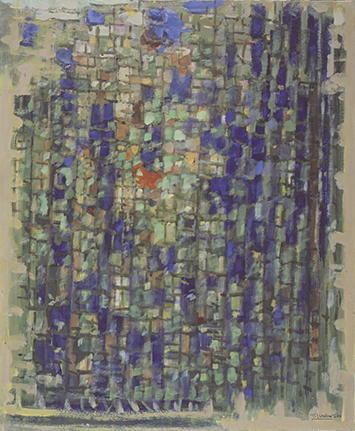