Jean Planque’s passion for Rouault’s work came to him relatively early. In 1942 he used the money gained from the pig feed he had developed to buying a small Rouault oil at the Vallotton Gallery in Lausanne. The moral and aesthetic qualities of Rouault’s universe spoke to him immediately. The profound humanity in the faces of the artist’s female figures and circus performers, the simple, symbolic power of his genre pieces and Biblical scenes struck a deep chord in the collector. In the course of his work for the Galerie Beyeler, Planque helped to organize several Rouault shows, in particular in January-March 1962 and September-November 1971. On the occasion of the latter exhibition, he met the painter’s daughter, Isabelle Rouault, who invariably welcomed him generously after that. It was from her that he acquired three of the four Rouaults in his collection. 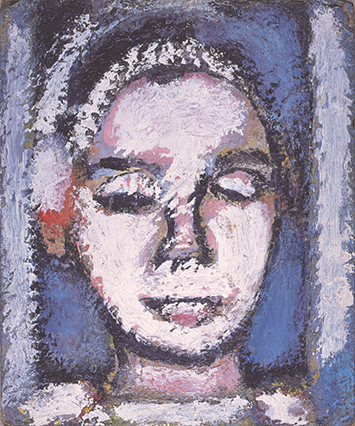